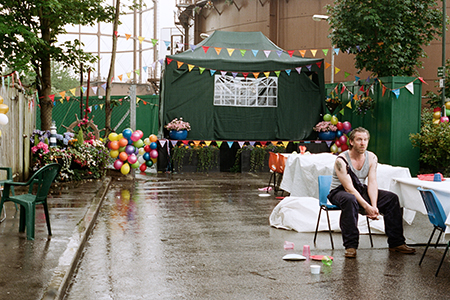 Rufus Norris’ film is an utterly gripping, macabre but finally very moving cine-opera in a reportage verbatim style, dealing with the 2006 Ipswich serial murders and their complex psychological effect on the inhabitants of London Road. This is the residential street that had become the city’s red-light district, where the killer lived and where one of his victims was found.

It is an addictive forensic thriller set to music, and Olivia Colman’s presence makes it look like Broadchurch crossed with Les Mis. But there’s more subtlety and intricacy than you could expect from either.


It is an unsettling work about the impact of murder, and the way people respond to it. It is a portrait – through song, offhand commentary and careful choreography – of a community defining itself and redefining itself, first by fear and unease, later by a curious kind of solidarity that is not always easy to watch, and is not depicted in a straightforward way.