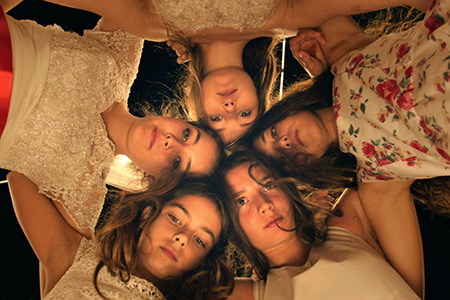 The trouble begins in the first 10 minutes of the film, when some nasty gossip and a misunderstanding turns innocent fun into a minor sexual scandal, leading the girls’ relatives to increasingly shut down their access to the outside world. The Turkish-born French director Deniz Gamze Ergüven balances out the film’s creeping claustrophobia with quiet (and not-so-quiet) acts of rebellion, unexpected humor, and warmth, and the result is a tender and fresh coming-of-age film that honors the bonds of womanhood and sisterhood without taking them for granted.


What makes the transfixing film so effective is that the director refuses to portray them simplistically, as misunderstood angels, and she has enough trust in her audience to leave the drama’s implicit feminism unstated. The story’s quiet power comes from its sensitive observation of the characters as normal, emancipated young modern women, with healthy desires and curiosities, whose supposed transgressions are imagined and then magnified in the judgmental minds of others.