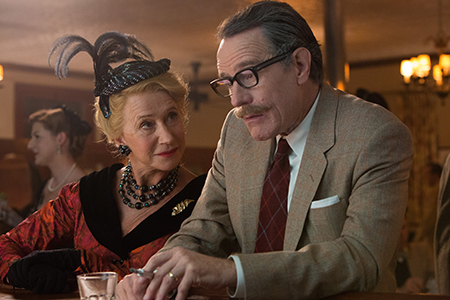 Cranston plays Dalton Trumbo, a man not particularly well-known outside movie-nerd circles but responsible for the screenplays for classics like Roman Holiday and Spartacus. His real life was more dramatic than anything he wrote, as he was blacklisted by Hollywood in the 1950s for his communist beliefs. This was in the time when America thought Russian spies were hiding in every shadow. Trumbo served jail time for refusing to give information to the House Un-American Activities Commission, was banned from working for any movie studios and spent years trying to clear his own name and those of his friends.